Speech at the Red Army Parade 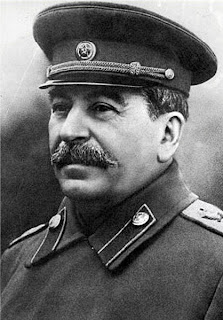 
COMRADES, men of the Red Army and Red Navy, commanders and political instructors, working men and working women, collective farmers-men and women, workers in the intellectual professions, brothers and sisters in the rear of our enemy who have temporarily fallen under the yoke of the German brigands, and our valiant men and women guerrillas who are destroying the rear of the German invaders!

On behalf of the Soviet Government and our Bolshevik Party I am greeting you and congratulating you on the twenty-fourth anniversary of the Great October Socialist Revolution.

Comrades, it is in strenuous circumstances that we are to-day celebrating the twenty-fourth anniversary of the October Revolution. The perfidious attack of the German brigands and the war which has been forced upon us have created a threat to our country. We have temporarily lost a number of regions, the enemy has appeared at the gates of Leningrad and Moscow. The enemy reckoned that after the very first blow our army would be dispersed, and our country would be forced to her knees. But the enemy gravely miscalculated. In spite of temporary reverses, our Army and Navy are heroically repulsing the enemy’s attacks along the entire front and inflicting heavy losses upon him, while our country—our entire country—has organized itself into one fighting camp in order, together with our Army and our Navy, to encompass the rout of the German invaders.

There were times when our country was in a still more difficult position. Remember the year 1918, when we celebrated the first anniversary of the October Revolution. Three-quarters of our country was at that time in the hands of foreign interventionists. The Ukraine, the Caucasus, Central Asia, the Urals, Siberia and the Far East were temporarily lost to us. We had no allies, we had no Red Army—we had only just begun to create it; there was a shortage of food, of armaments, of clothing for the Army. Fourteen states were pressing against our country. But we did not become despondent, we did not lose heart. In the fire of war we forged the Red Army and converted our country into a military camp. The spirit of the great Lenin animated us at that time for the war against the interventionists. And what happened? We routed the interventionists, recovered all our lost territory, and achieved victory.

To-day the position of our country is far better than twenty-three years ago. Our country is now many times richer than it was twenty-three years ago as regards industry, food and raw materials. We now have allies, who together with us are maintaining a united front against the German invaders. We now enjoy the sympathy and support of all the nations of Europe who have fallen under the yoke of Hitler’s tyranny. We now have a splendid Army and a splendid Navy, who are defending with their lives the liberty and independence of our country. We experience no serious shortage of either food, or armaments or army clothing. Our entire country, all the peoples of our country, support our Army and our Navy, helping them to smash the invading hordes of German fascists. Our reserves of man-power are inexhaustible. The spirit of the great Lenin and his victorious banner animate us now in this patriotic war just as they did twenty-three years ago.

Can there be any doubt that we can, and are bound to, defeat the German invaders?

The enemy is not so strong as some frightened little intellectuals picture him. The devil is not so terrible as he is painted. Who can deny that our Red Army has more than once put the vaunted German troops to panic flight? If one judges, not by the boastful assertions of the German propagandists, but by the actual position of Germany, it will not be difficult to understand that the German-fascist invaders are facing disaster. Hunger and impoverishment reign in Germany to-day; in four months of war Germany has lost four and a half million men; Germany is bleeding, her reserves of man-power are giving out, the spirit of indignation is spreading not only among the peoples of Europe who have fallen under the yoke of the German invaders but also among the German people themselves, who see no end to war. The German invaders are straining their last efforts. There is no doubt that Germany cannot sustain such a strain for long. Another few months, another half-year, perhaps another year, and Hitlerite Germany must burst under the pressure of her crimes.

Comrades, men of the Red Army and Red Navy, commanders and political instructors, men and women guerillas, the whole world is looking to you as the force capable of destroying the plundering hordes of German invaders. The enslaved peoples of Europe who have fallen under the yoke of the German invaders look to you as their liberators. A great liberating mission has fallen to your lot. Be worthy of this mission! The war you are waging is a war of liberation, a just war. Let the manly images of our great ancestors—Alexander Nevsky, Dimitry Donskoy, Kuzma Minin, Dimitry Pozharsky, Alexander Suvorov and Mikhail Kutuzov—inspire you in this war! May the victorious banner of the great Lenin be your lodestar!

For the complete destruction of the German invaders!

Death to the German invaders!

Long live our glorious Motherland, her liberty and her independence!

Under the banner of Lenin, forward to victory!

The great day of victory over Germany has come. Fascist Germany, forced to her knees by the Red Army and the troops of our Allies, has acknowledged herself defeated and declared unconditional surrender.

On May 7 the preliminary protocol on surrender was signed in the city of Rheims. On May 8 representatives of the German High Command, in the presence of representatives of the Supreme Command of the Allied troops and the Supreme Command of the Soviet Troops, signed in Berlin the final act of surrender, the execution of which began at 24.00 hours on May 8.

Being aware of the wolfish habits of the German ringleaders, who regard treaties and agreements as empty scraps of paper, we have no reason to trust their words. However, this morning, in pursuance of the act of surrender, the German troops began to lay down their arms and surrender to our troops en masse. This is no longer an empty scrap of paper. This is actual surrender of Germany’s armed forces. True, one group of German troops in the area of Czechoslovakia is still evading surrender. But I trust that the Red Army will be able to bring it to its senses.

Now we can state with full justification that the historic day of the final defeat of Germany, the day of the great victory of our people over German imperialism has come.


The great sacrifices we made in the name of the freedom and independence of our Motherland, the incalculable privations and sufferings experienced by our people in the course of the war, the intense work in the rear and at the front, placed on the altar of the Motherland, have not been in vain, and have been crowned by complete victory over the enemy. The age-long struggle of the Slav peoples for their existence and their independence has ended in victory over the German invaders and German tyranny.

Henceforth the great banner of the freedom of the peoples and peace among peoples will fly over Europe.

Three years ago Hitler declared for all to hear that his aims included the dismemberment of the Soviet Union and the wresting from it of the Caucasus, the Ukraine, Byelorussia, the Baltic lands and other areas. He declared bluntly: “We will destroy Russia so that she will never be able to rise again.” This was three years ago. However, Hitler’s crazy ideas were not fated to come true—the progress of the war scattered them to the winds. In actual fact the direct opposite of the Hitlerites’ ravings has taken place. Germany is utterly defeated. The German troops are surrendering. The Soviet Union is celebrating Victory, although it does not intend either to dismember or to destroy Germany.

Comrades! The Great Patriotic War has ended in our complete victory. The period of war in Europe is over. The period of peaceful development has begun.

I congratulate you upon victory, my dear men and women compatriots!

Glory to our heroic Red Army, which upheld the independence of our Motherland and won victory over the enemy!

Glory to our great people, the people victorious!

Eternal glory to the heroes who fell in the struggle against the enemy and gave their lives for the freedom and happiness of our people! 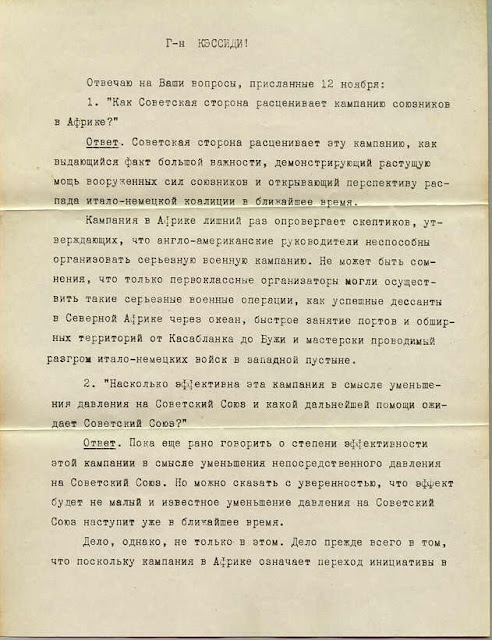 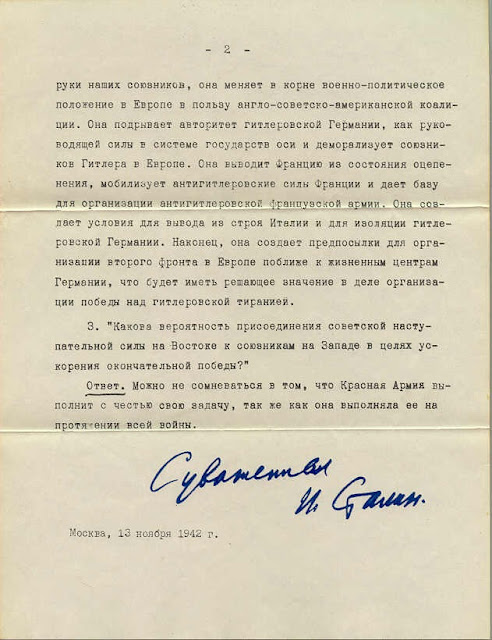